Donations sent to the addresses at SENS.org/donate may be tax deductible for you. We raised $25,000,000 for medical research so far! You must follow the SENS.org PulseChain instructions. Sacrifices to SENS.org during the sacrifice phase earn 25% less points compared to sacrifices at Pulse.info. SENS.org can also accept stocks and bank wires. Once the sacrifice phase is over, the total sacrifice points for each sacrificer's address's points (at the same metamask address) are totaled up across all the supported chains and the SENS.org report. This creates a list of sacrificers ranked by total points from largest to smallest.

Everyone's sacrifice is publicly viewable during the period by checking the public balances of the sacrifice addresses list on each chain. This way you might know when you want to sacrifice some more to move up in the rankings. By the way, The PulseChain code was just released!

The PLS supply increases with the amount sacrificed. The sacrifice set can mint 1 free PLS per sacrifice point. Ethereum holders only get 1 free PLS per ETH. And it's value is deducted from their address after 30 days. A genesis address gets 1% of the total PLS supply at launch. (It will not benefit you, and may waste the coins in any way it wishes.)
If the total supply isn't 10,000x higher than ETHs, then everyone will get upscaled (bonus coins pro rata) to bring the total supply to 10,000x ETH's total supply.
The USD value of sacrifice's are estimated using 30 minute time weighted average prices where convenient.

An automated market maker ratio fixer contract will mint enough supply to correct the PLS ratios as the first act on main net, as PLS will have a much higher supply than ETH. It will probably mint around 2.5% of supply. 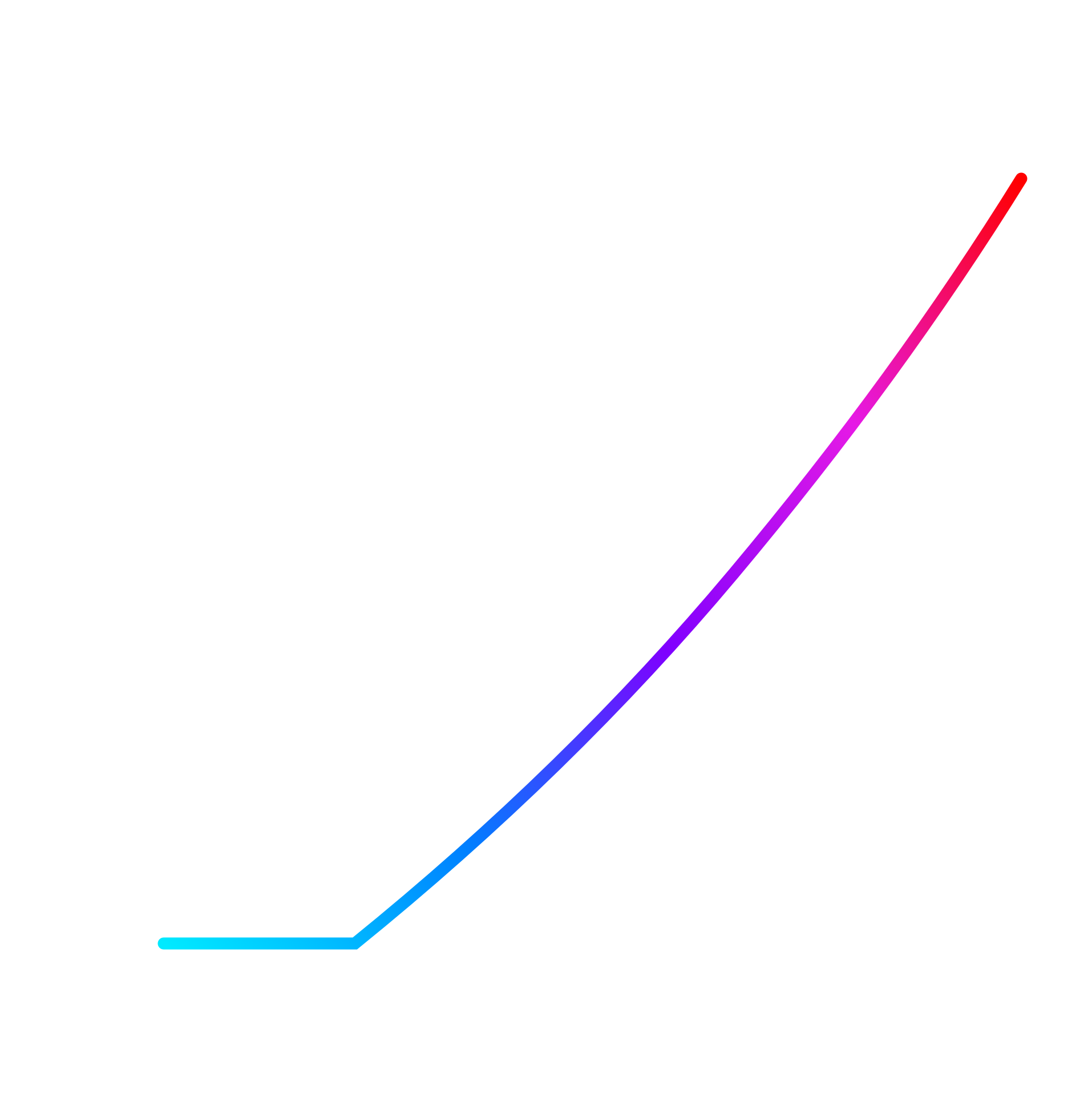 The following is a clip of Aubrey de Grey, the Chief Science Officer of the SENS Research Foundation thanking Richard Heart and the PulseChain community for donating millions of dollars to medical research.

"I want to thank Richard Heart; what he’s doing for us is spectacular! We have been having a very good year with income - a big expansion of our activities is coming. Thanks to the PulseChain Airdrop, those plans are going to explode into another level entirely. Our work will be greatly accelerated, resulting in huge numbers of lives saved in the future, as a direct result of Richard's supporters' wonderful generosity. We’re all working tirelessly to keep up with donors and hold up our part of the process. Thank you so very much Richard!"

- Aubrey de Grey
How to sacrifice without MetaMask

This only works if you have the private key ("secret recovery phrase" or "seed") of your wallet. You can sacrifice assets on Ethereum (ETH, HEX, USDC, USDT... see pulse.info for the whole list) from every wallet as long as you own the private key. Do not send anything directly from an exchange! Once you have your Ethereum assets in your own wallet, send them to

To double check the address, go to pulse.info, enter your own Ethereum wallet address and choose "Ethereum" in the drop down. Only proceed if you are shown the same address. Also double check that your asset is allowed (MANA, OMG, 1INCH, GRT, ENJ and multiple others are NOT supported). Once you have confirmed the address (0x9Cd8...0a62cB) and the support of the asset that you wish to sacrifice you can sacrifice as much and as often as you wish until the sacrifice phase is over (3rd August '21, 4:50am UTC). Set your gas limit to 70,000. In case you get any errors (e.g. "out of gas") try sending a round amount without any decimals.
Volume Bonus Multiplier

Imagine that each sacrifice point grows legs, puts on a shirt with his sacrificer's address on it and lines up in a big line out front of an auditorium.

The largest sacrificer's points line up first. Then the 2nd largest. They file in and fill up the rows from the front to the back. Now an attendant comes in, and starts handing out bonus cards. He goes down the rows, in the same order they entered, and hands everyone a card. When he's done they see that the first card handed out is a 2.5x. Every card he handed out after was worth ever so slightly less till he got to the very back, where the last card was just barely more than 1x. The difference between each card and the next is always the same.

Now all the points stand up, and head to the changing room in the same order they entered the auditorium. The first point enters and out comes 2.5 points, all wearing the same sacrificer's address on their shirt. What does a half point look like you say? Fun sized is the answer. This continues until every sacrificer's points have all gotten the bonus they deserve. In math speak, it's a linear bonding curve from 1x to 2.5x.

Increase Ethereum's value
Ethereum's fees will be lowered by sharing its load.

Enrich ETH users
PulseChain will re-enable priced out use cases: Instead of launching empty, PulseChain brings the ETH system state and ERC20s, this rewards holders and founders of Ethereum based projects.

Enrich ERC20 and NFT users
The launch of PulseChain is the largest airdrop in history. Thousands of Ethereum based tokens and NFTs receive their free PulseChain versions. This new gold rush contains the value discovery of thousands of tokens and NFTs on PulseChain. If you always wanted to be a whale in a certain ERC20 or NFT, maybe now you can be.

Easy to use
Your MetaMask wallet just works, you only have to change a single setting to access PulseChain. ETH holders can transact for free with freemium PLS.

Improve game theory
PLS has 0% inflation. Validators only earn fees and 25% of the fees are burnt to reduce the circulating supply.

Empower PulseChain holders
PulseChain's native token $PLS can be staked and delegated to validators that reward the delegators with the largest percentage of fees.
Interoperability "Bridging"

ETH on PulseChain: You can send ETH to the PulseBridge contract on ETH which locks it and issues pETH (pulseETH) on PulseChain at a 1:1 ratio.

PLS on Ethereum: You can send PLS to the ETHbridge contract on PulseChain which locks it and issues ePLS (ethPulse) on the Ethereum network 1:1. This can also work for ERC20s.
Trading

Thousands of ERC20 tokens on PulseChain can trade on PulseChain's Uniswap and similar at launch, since Ethereum's state is included.

There may be ePLS trading pairs on other smart contract enabled chains.

Exchanges may list PLS and any of the thousands of tokens on the PulseChain network.
Nomenclature

You are sacrificing to prove how strong you believe that blockchains are speech and speech is a protected human right. This is an important political statement. You must have no expectation of profit from the work of others. The set of people who have sacrificed to show their commitment to this political statement makes a great set of people to airdrop free things to. This sacrifice points are not meant to have any monetary value. Remember, you're not buying anything, the world is just noticing you are amongst a group of people that sacrificed to make a political statement. Some countries tax their citizens when they receive things of value. PulseChain and all the coins on it are designed to start with no value, which is ideal. Consult your own legal and financial professionals, as nothing written here should be considered professional advice. The only thing we know of set to be airdropped for free to this political group so far is PulseChain (PLS.) If we hear about other cool things, we'll let you know.
Full Disclaimer Download Branding Resources Copyright © 2021. All Rights Reserved.